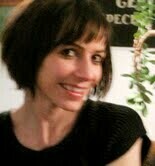 Born in Massachusetts, Deidre Riley earned her Bachelor of Arts in Art History from the University of Pittsburgh, followed by an  Art Education Certification at  Carlow University,  and an mfa from New Hampshire Institute of art.  Inspired by her studies in Art History, Deidre pursued a classical education in Fine Arts.  She trained under Paul Ingbretson at the Ingbretson Atelier of Drawing and Painting in Manchester NH.  It was at the Ingbretson Studio where Deidre learned the techniques and appreciation of the Boston School Tradition of Painting.  Deidre currently has a studio in Manchester NH and is a BFA faculty member at the New Hampshire Institute of Art, teaching Painting.